No matter where you are in the country, you are bound to run into someone wearing a New Era baseball cap. The retailer sells two out of every three hats in the nation, and their logo dons the headgear of every athlete in the MLB, NFL and NBA.

But their presence is felt even more in Buffalo, the city where the international headwear company once began as a small, family-owned hat manufacturer on Genesee Street. Their name now rests atop the home of the Buffalo Bills. And after nearly a century in business, New Era is approaching $1 billion in sales in 125 countries and has more than 1,200 employees around the world, a quarter of which are located in the company’s global headquarters in downtown Buffalo. 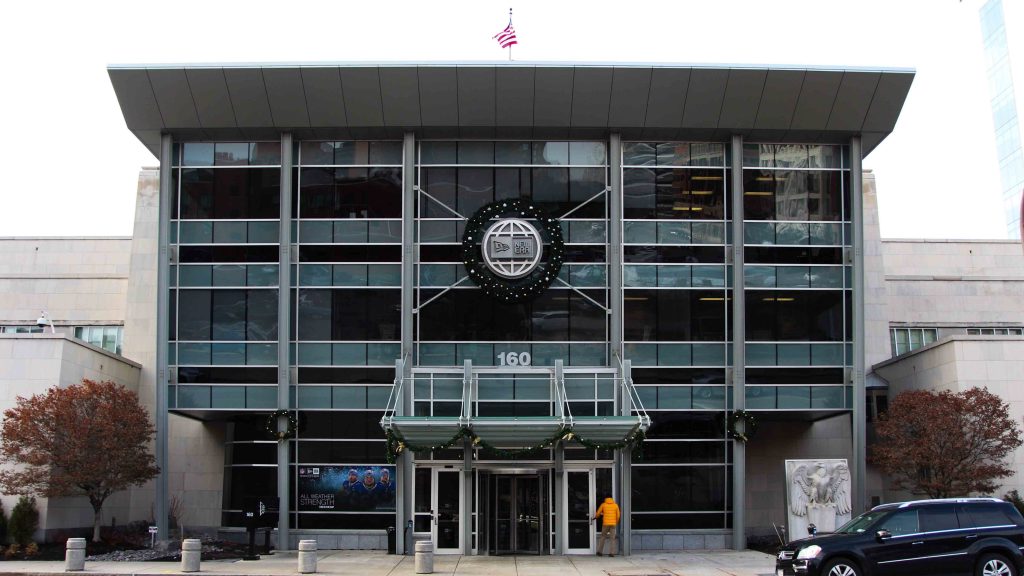 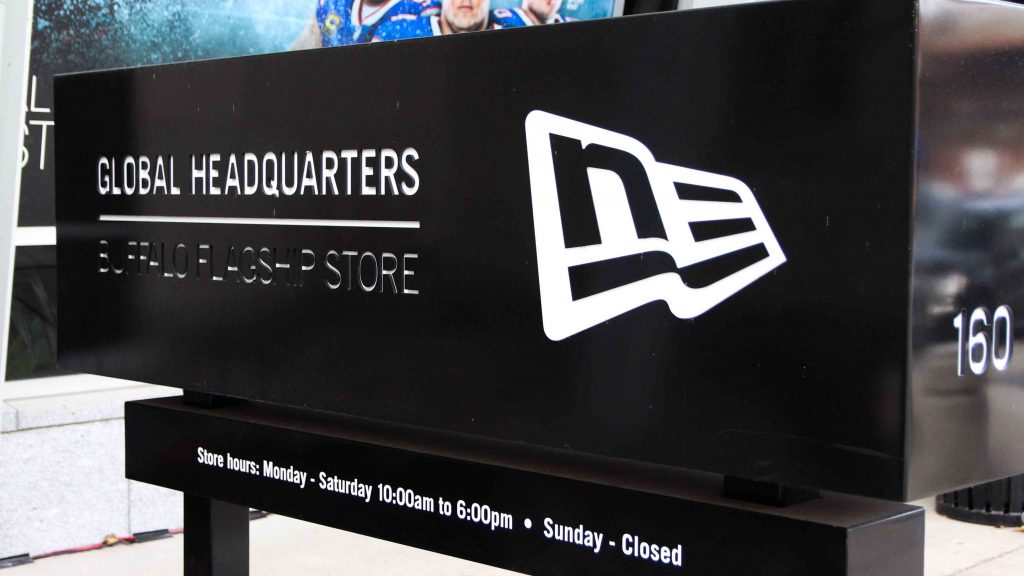 That’s not all Buffalo is home to. The city is one of two locations in the U.S. – the other being New York City – where you can find a New Era Flagship Store. The flagship stores carry exclusive products that can’t be purchased in other shops or online. The Buffalo store sits below the company headquarters at 160 Delaware Avenue near Niagara Square. Step inside and the first thing you will notice are a handful of customized, New Era-themed motorcycles. The bikes belong to CEO Christopher Koch and are a part of his personal collection.

Inside the flagship store you will find an array of caps and knitted hats for a wide range of sports teams. The Buffalo Bills and New York Yankees take center stage, though, and are the stores’ best sellers. The shop allows local fans to wear their red and blue in various patterns, including the Zubaz zebra-print. 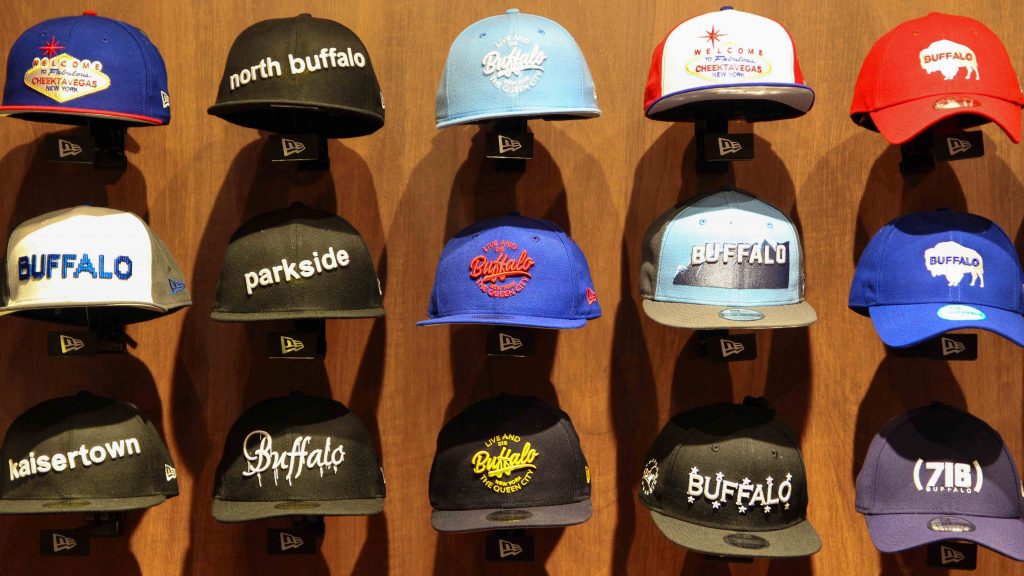 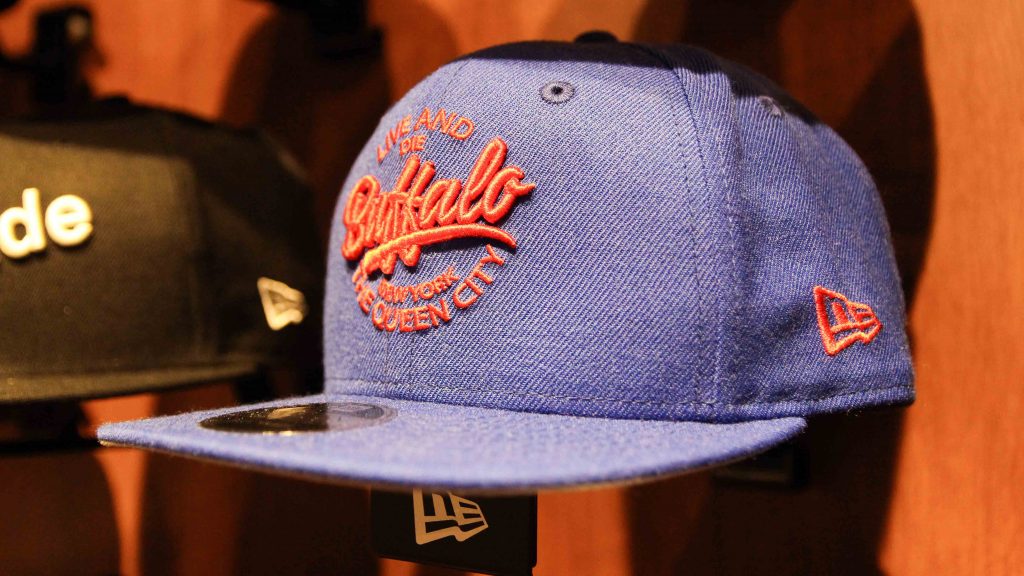 An entire wall is dedicated to Buffalo-themed hats unique to the store. Caps are embroidered with Buffalo calling cards, from the chicken wing to shout outs to various towns and neighborhoods, such as Parkside, Cheektowaga, Kaisertown and North Buffalo.

And thanks to a number of partnerships, New Era also sells hats that feature your favorite heroes from the Star Wars franchise and Marvel and DC Comics. 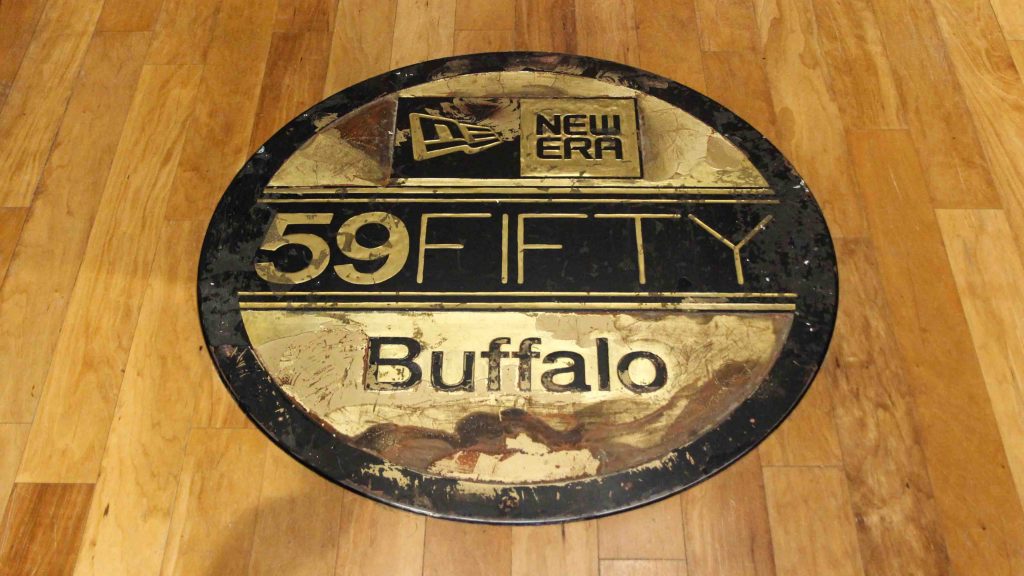 The flagship store offers more than hats. The shop sells backpacks and through a collaboration with New Balance, a pair of New Era-themed sneakers. Although the store does not offer custom embroidery, the staff can add patches to any hat that is purchased. The store also houses special equipment that can stretch worn out hats back to life. The service is free as long as the hat is made by New Era.

Whether you are searching for a new hat to show your pride in your favorite team or looking for a Buffalo-centric gift this holiday season, the New Era Flagship Store is worth a visit for the exclusive gear. They are open Monday through Saturday, from 10 a.m. to 6 p.m.