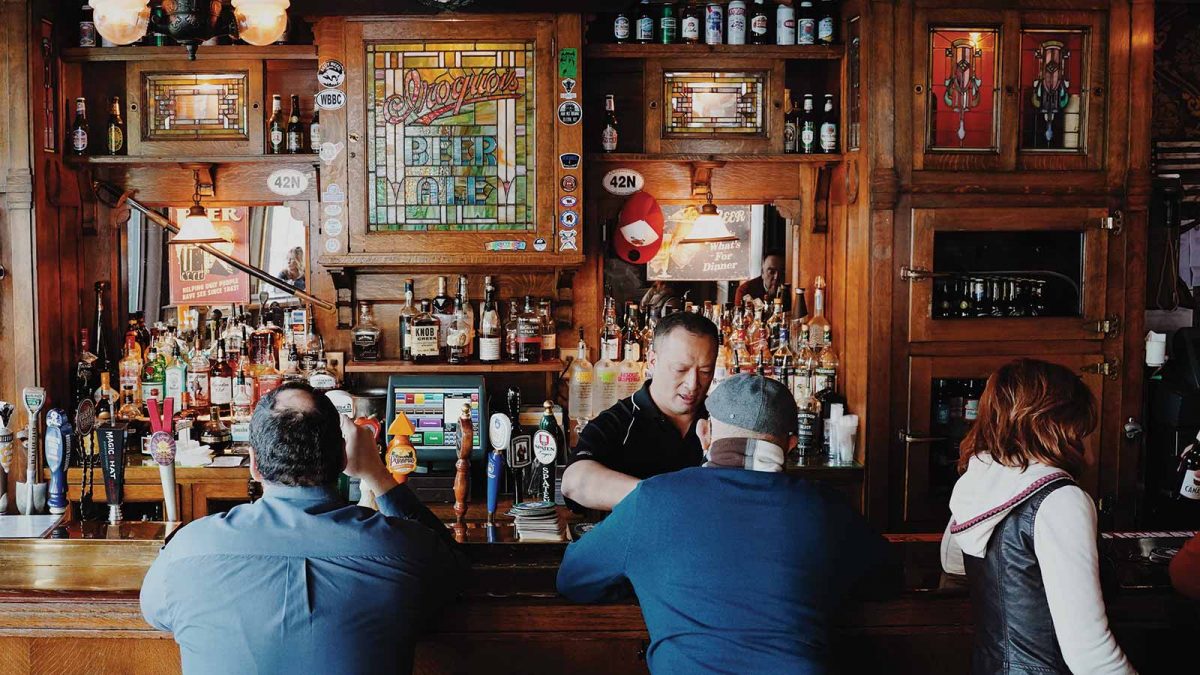 [Buffalo and Erie County restaurants have begun a gradual re-opening process and are putting into place precautions in accordance with state and local guidelines for increased safeguards during COVID-19.

Dining offerings vary from restaurant to restaurant. Some establishments have opened their patios following new social distancing protocols for outdoor dining. Others continue to safely serve customers through takeout and delivery. Indoor dining, at reduced capacity, began June 16th. A full listing of Buffalo restaurants offering takeout can be found here.  Here’s a list of all organizations that have signed our Buffalo Cares! Stay Safe pledge. For the most current information on status and hours, please check the restaurant’s official website or social channel. Reservation requirements may vary per establishment.] 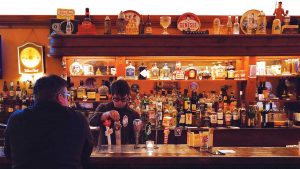 Rohall had searched for the perfect spot to own a corner tavern after a lengthy bartending career. He found it in Black Rock at a corner tavern that opened in 1946, closed in 1984, and sat vacant for more than two decades with its postwar
character intact before reopening in 2011 as Rohall’s Corner. 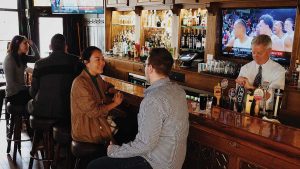 Those in the know in Buffalo’s Elmwood Village stray from its busy streets to enjoy one of its most storied watering holes.

The Place features dark mahogany walls with forest green plaid wallpaper, a copper top bar, hardwood floors, plush green booths and brass light fixtures. It’s one of Buffalo’s only restaurants with a covered front porch – a nod to the front porches adorning the neighborhood’s Victorian homes. While the menu and décor has evolved over 140 years, The Place’s ability to connect Buffalonians of all stripes over a pint, good conversation and a warm meal has remained the same.

A quick glance through the 30 different beers and 70 liquors available at the Adam Mickiewicz Library and Dramatic Circle reveals this is no ordinary bar. Zywiec and Okocim beers are on tap, cans of Tyskie are in the fridge and bottles of Krupnik and more than a dozen Polish vodkas line the shelves. For the cost of a cover charge at a bar in a larger city – just $10 – visitors can become a member of this private club that has been a staple of Buffalo’s East Side for more than 120 years.

It’s well worth it; the Adam Mickiewicz is one of the most unique drinking and cultural experiences in Western New York – and beyond. Arrivals from Poland in the 1890s built the club – which also features a library with centuries-old Polish books and an auditorium that’s Buffalo’s longest operating theater – as a way to keep the connection to their heritage strong.

The bar is tucked away inside the club – enter the front door and walk through a foyer and an old parlor room with a pool table and a 1950s jukebox to get there. Maps of Poland line the walls of the bar, which is open every Friday
and Saturday night, and it’s not unheard of to still hear members sitting at the barstools speaking Polish.