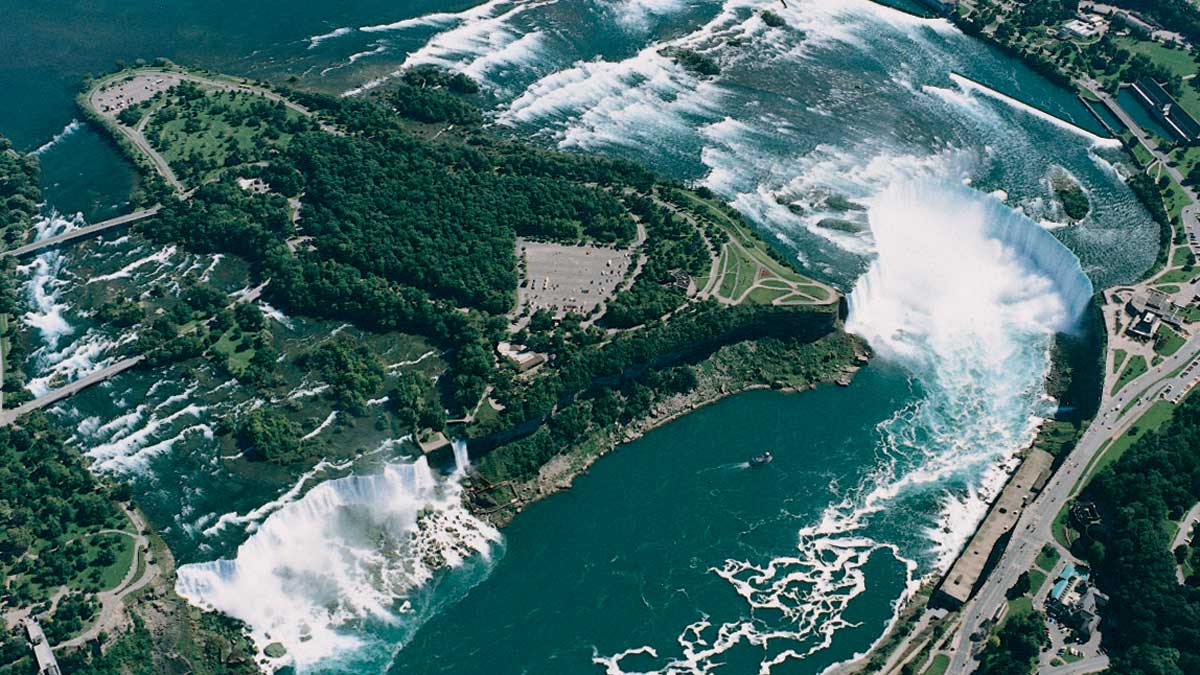 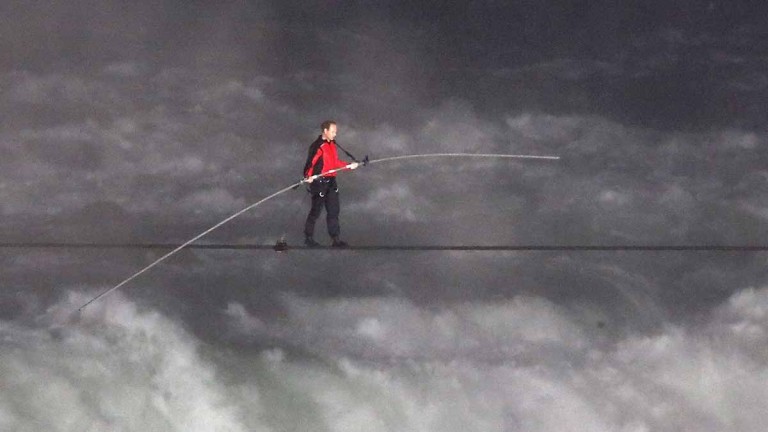 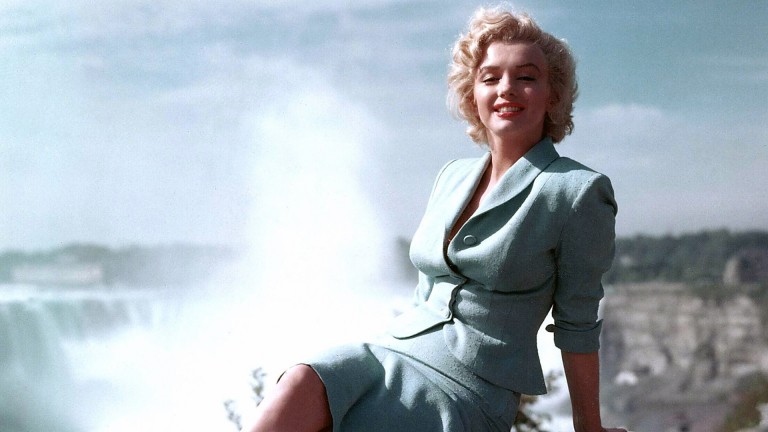 Niagara Falls
from the air

Nik Wallenda walking over the Falls on a wire

Marilyn Monroe on the
set of "Niagara"

Niagara Falls has had a hold on the popular imagination since shortly after Father Louis Hennepin first laid eyes on it in 1678. Ever since, tales of the torrent have been spread far and wide. Tall tales, fairy tales and tales of bravery and daring do have been shared in stories, songs and pictures, including many moving pictures during the Golden Age of Hollywood. Here are a few fun facts and factoids to whet your appetite for a trip to the wondrous Falls.

Niagara Falls is made up of 3 waterfalls: the American Falls, the Bridal Veil Falls and the Horseshoe Falls. The 3 waterfalls combine to produce the highest flow rate of any waterfall on earth.

Fish travel down the Falls—and about 90% of them survive thanks to the foamy cushion on the way down.

681,750 gallons of water flows over the Horseshoe Falls every second.

The first person to ever go over the Falls was a courageous 63-year-old teacher (Annie Edson Taylor). She traveled down the Falls in a barrel.

About 20% of the fresh water in the United States passes over Niagara Falls.

Parts of the movie Pirates of the Caribbean were filmed at Niagara Falls. Superman and Niagara starring Marilyn Monroe were also filmed at the Falls.

At the current rate of erosion, scientists believe that Niagara Falls will be gone in around 50,000 years. Luckily, you still have plenty of time to see them!

Niagara Falls was created by glacier activity around 10,000 years ago.

The first tightrope walker to cross Niagara Falls did so in 1859. Daredevil Nik Wallenda tempted fate with a highwire crossing of Niagara Falls in June 2012 before an audience of tens of thousands at the Falls and millions more on live TV.