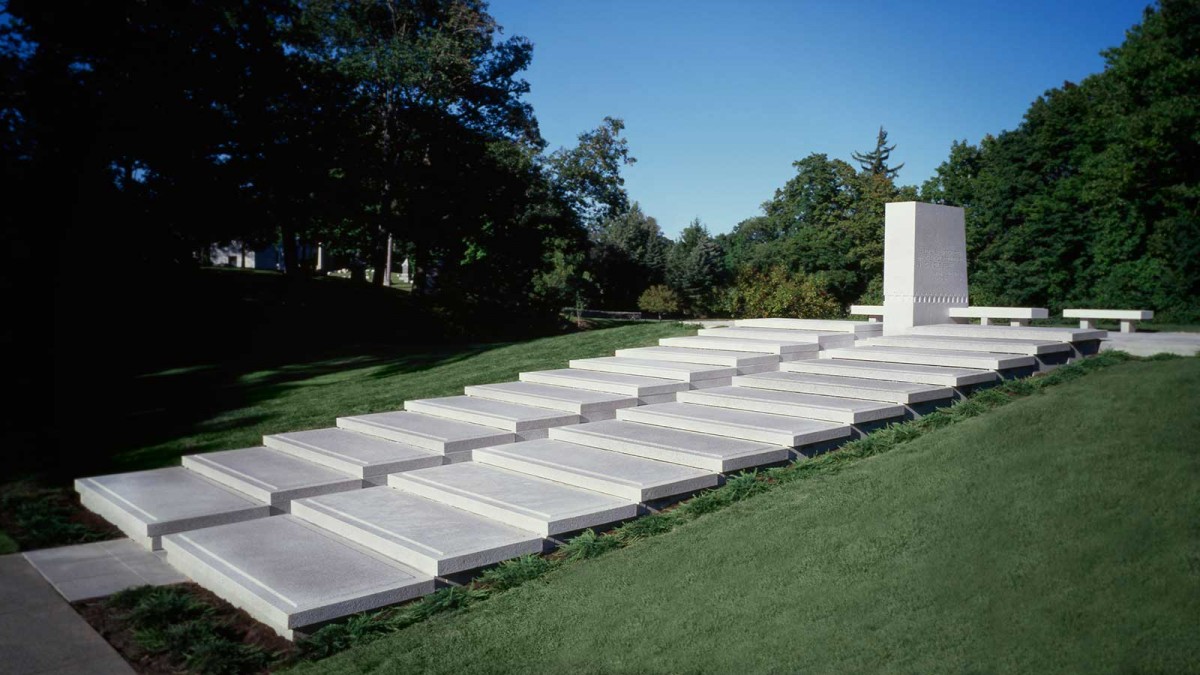 The only mausoleum
of this design
in the world

The last of four Frank Lloyd Wright projects commissioned by Darwin D. Martin, the Blue Sky Mausoleum is located in Buffalo’s picturesque Forest Lawn Cemetery. It received its name when Martin saw how high the projected cost of the project would be.

The mausoleum was designed to gracefully blend into the landscape—a perfect illustration of Wright’s visionary concept of organic architecture. Its serene setting provides a “ceiling” of blue sky and “walls” comprised of trees and greenery. The structural design consists of a flight of gently rising steps that provide 24 burial crypts, as well as space for memorial inscriptions. At the top of the steps, a white granite monolith overlooks two peaceful ponds. Soon after the mausoleum’s plans were presented, however, Martin lost his fortune and the project was tabled.

The project languished until the 1990s when Fred Whaley, Jr., president of Forest Lawn, discovered that a Wright memorial had once been designed for the cemetery. He then spearheaded the effort to raise public support and funds to develop the monument. Architect Anthony Puttnam, who apprenticed under Wright at the beginning of his career, was named the principal architect on the project and the Blue Sky Mausoleum was finally opened in October 2004. The design for the mausoleum has been forever retired, making this beautiful structure truly one of a kind.