A new downtown convention center mean will help redevelop and revitalize the region.

The proposed  convention center is one of the most significant revitalization opportunities for the downtown core in a generation and is the necessary next step for building off the momentum created in Buffalo over the last decade. Buffalo has made incredible strides as a  leisure destination in recent years – from redeveloping its waterfront to restoring its architecture and reinvigorating its neighborhoods with a host of new hotels and restaurants – but our ability to attract meetings and conventions has lagged behind other peer cities due to an aging convention center deemed “functionally obsolete” by national experts. Building a new center is an essential investment in order to keep growing our meetings and tourism industry for decades to come, and will generate tens of millions of dollars in additional annual economic impact for the surrounding hotels and restaurants downtown. 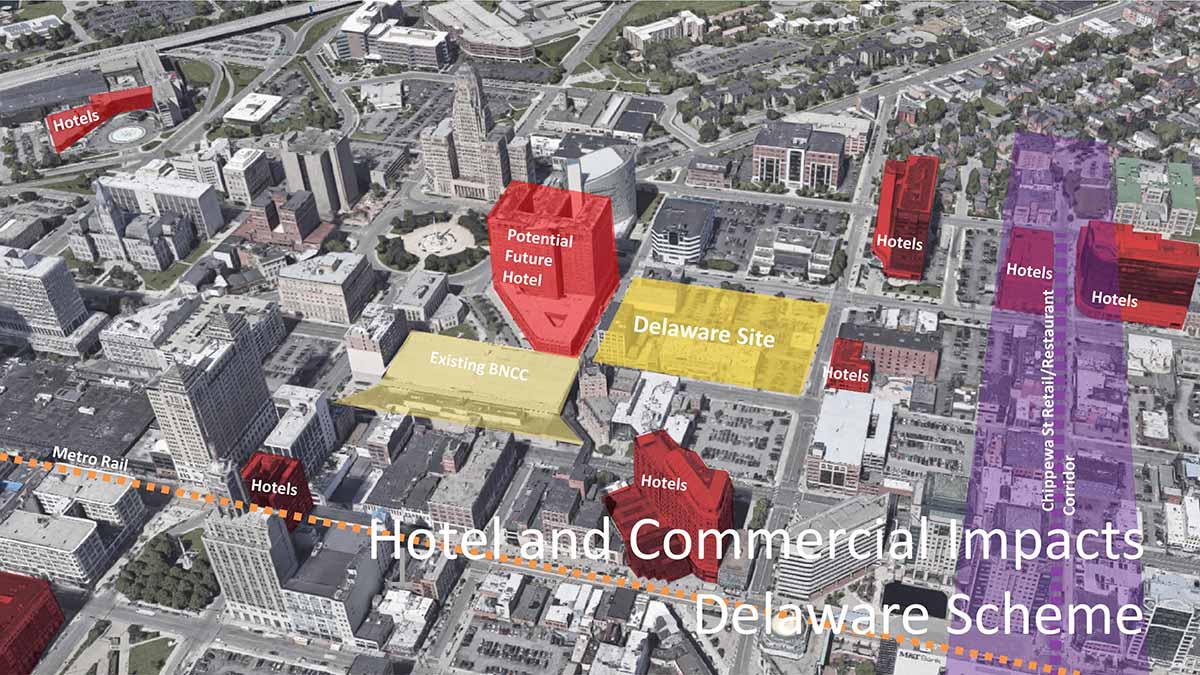 A centrally-located new venue can lure new gatherings, expos and other events to the area.

The proposed new venue is near the majority of downtown’s hotels and restaurants, creating a compact, walkable convention district that, when combined with a state-of-the-art facility, will present an attractive package to meeting planners considering our city. Meeting planners seek out venues that have a wide variety of nearby hotel, dining and entertainment options, and the proposed new site is Buffalo’s most viable location for meeting those needs. The new convention center will also include the revitalization of the historic Statler hotel as an additional lodging option, bringing one of Buffalo’s largest architectural landmarks fully back to life. Once completed, the new center will pave the way for the current facility’s demolition and redevelopment, including the extension of West Genesee Street to Pearl Street and the creation of an urban pocket park and additional parking, making the area surrounding the new facility even more enticing for meetings, conventions, and events. Here is a comparison of all three sites that have been considered. 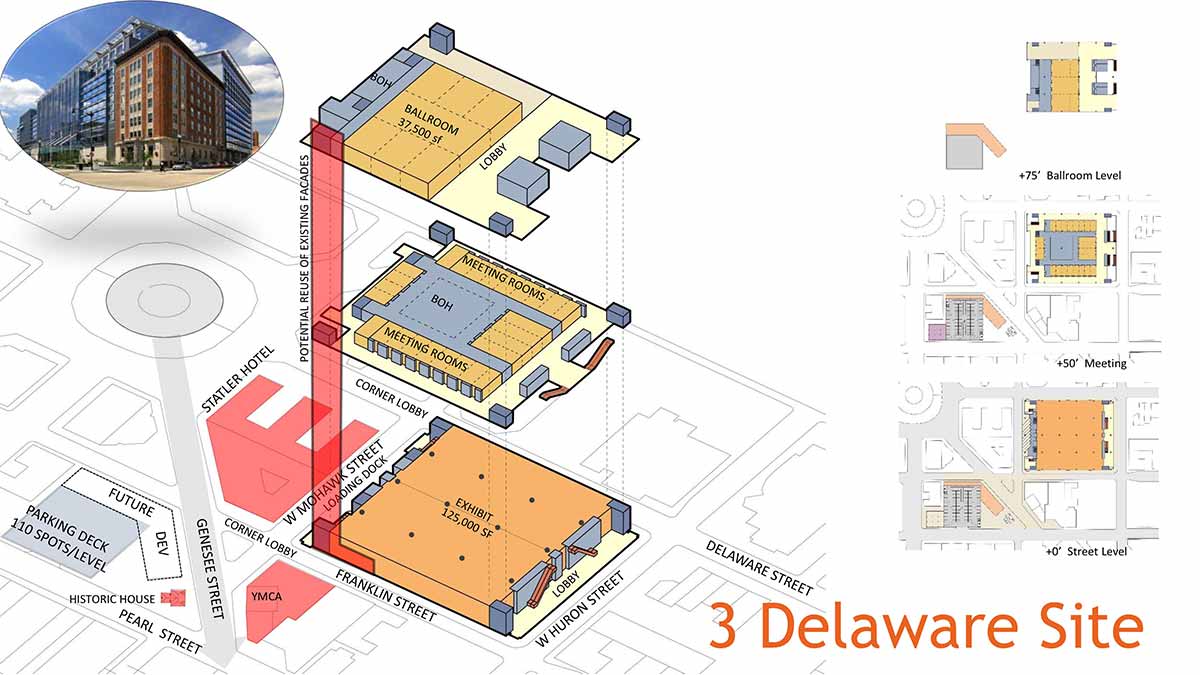 Now that the study is completed, what needs to happen to make this a reality?

Erie County must secure the necessary financing for this project through a variety of potential funding sources, including New York State and public-private partnerships, then complete a design of the proposed venue and acquire the necessary land bounded by Huron, Mohawk and Franklin Streets and Delaware Avenue. See the draft budget, broken down by site, here. 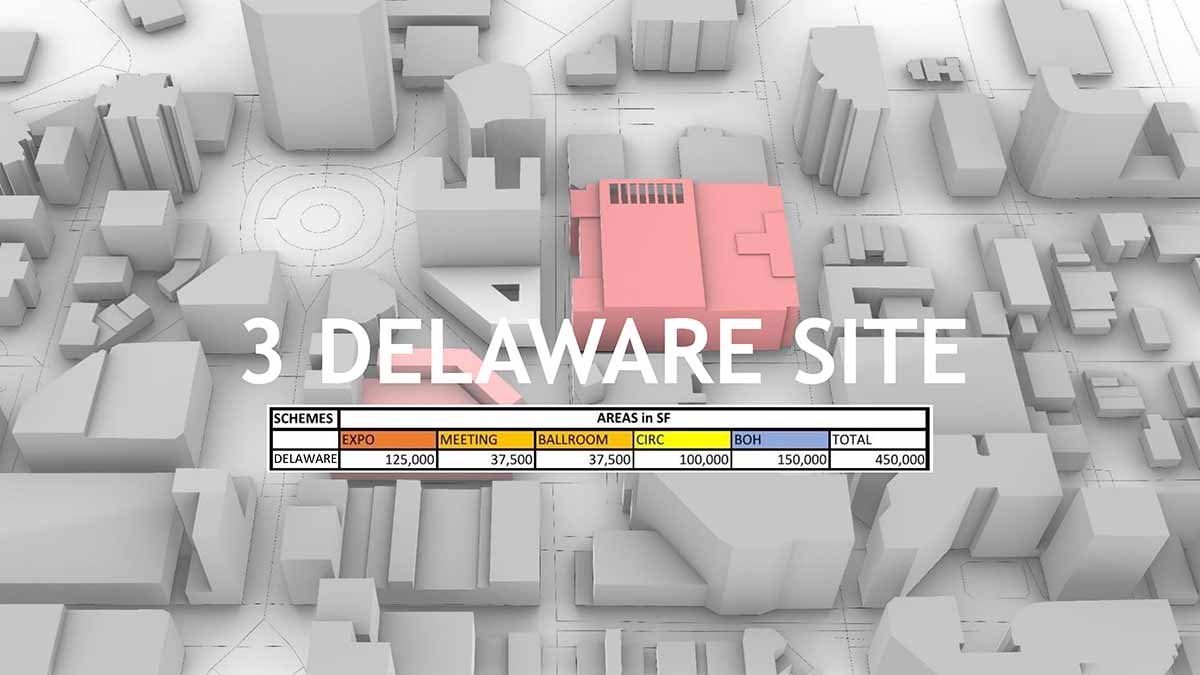 Construction could begin as soon as 2023, with a new center opening within three years after that. The current center will remain operational until the completion of a new venue, allowing for no disruption to the existing events, meetings and conventions that use the present facility. 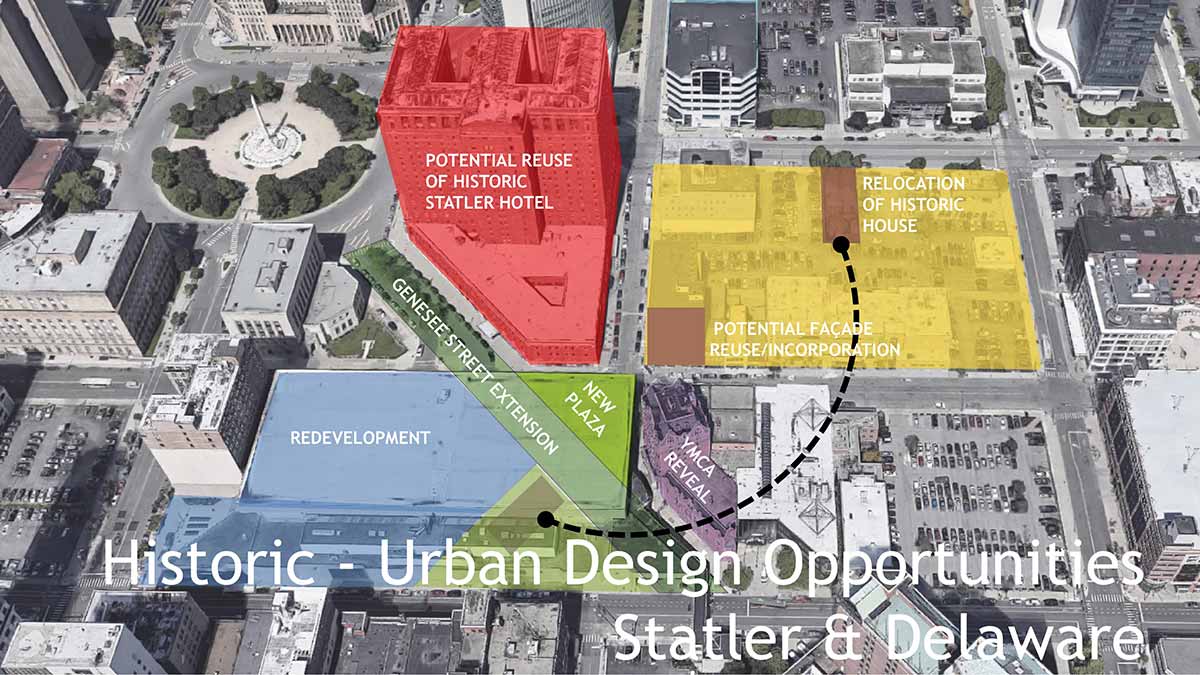 A Runner’s Guide to Buffalo

A Runner’s Guide to Buffalo