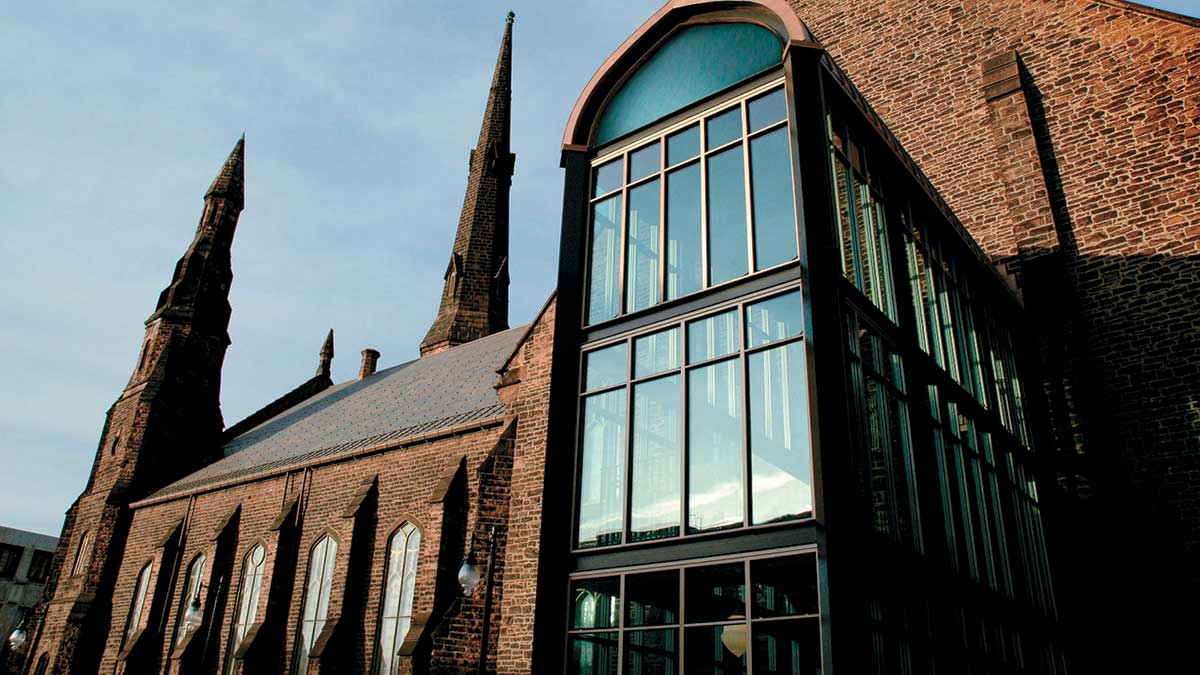 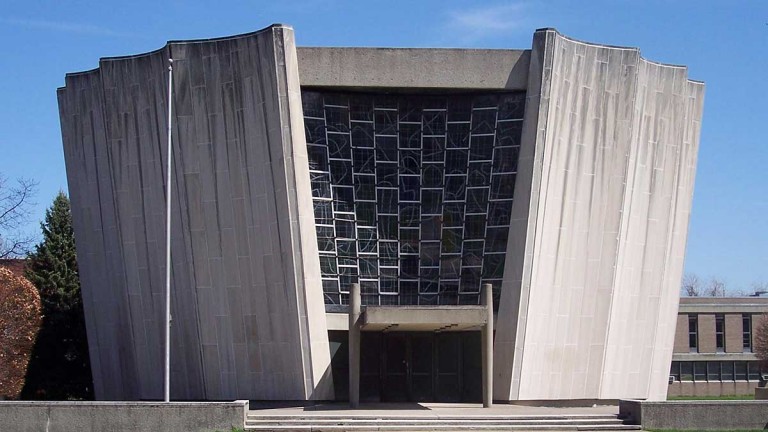 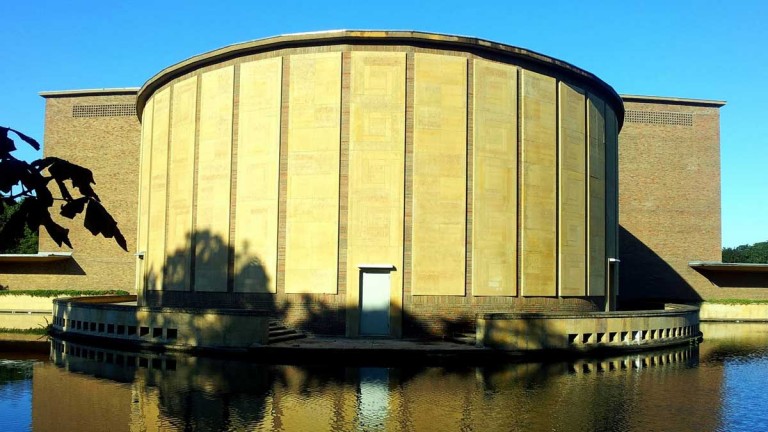 The Allentown and Elmwood Amble will take you from the corner of Delaware Avenue and Chippewa Street in downtown Buffalo into the heart of one of the first and largest residential historic districts in the United States. You’ll pass Babeville, the new home of Ani DiFranco’s Righteous Babe Records, the Wilcox Mansion, site of Teddy Roosevelt’s inauguration, the venerable Allendale Theatre, the First Presbyterian Church, the National Historic Landmark Kleinhans Music Hall, Frederick Law Olmsted’s Symphony Circle and a vast array of Victorian, Italianate and Queen Anne style homes. Occupying a portion of the city that was once the farm of Lewis Allen, Allentown today is known for its antique stores, quirky streets, distinctive architecture and eclectic bars and restaurants. The lower Elmwood Village also offers the charm and appeal of historic streets and distinctive architecture.

The Allentown and Elmwood Amble is 4.5 miles in length and should take approximately 2 hours.

Starting Out: The tour begins at the corner of Delaware and Chippewa.  The first notable landmark you’ll encounter is the former Delaware Asbury Methodist Church, now known as Babeville. Folk-rock recording artist Ani DiFranco saved the landmark from the wrecking ball and helped turn it into one of the city’s premier concert venues. Hallwalls Contemporary Arts Center shares the building  and regularly presents exhibits, film screenings and musical performances by the most adventurous and provocative artists working today.

Continuing north on Delaware you’ll cross Tupper Street and immediately come upon Trinity Church. Trinity is known for its breathtaking collection of stained glass windows. It is one of only two places in the world where the work of John LaFarge and Louis Comfort Tiffany, two world-renowned art glass pioneers, sit side by side. Trinity Church is home to five Tiffany windows and ten superb works by LaFarge.

As you exit Trinity Church, you’ll note two prepossessing buildings on the other side of Delaware Avenue. The first is the Buffalo Club, founded by former President Millard Fillmore and 92 like-minded gentlemen in 1867. It has served as a gathering spot for Buffalo’s movers and shakers ever since. Immediately north of the Buffalo Club, you’ll notice the Mansion on Delaware Avenue, a boutique hotel that recently received a Zagat Award as one of the best small hotels in America. After standing vacant for more than 20 years, the building was restored and returned to use as a hotel in 2002. Legend has it that at some point in its long history, the building now known as the Mansion was the site of a notorious bordello that numbered among its clients the distinguished gentlemen of the Buffalo Club.

One block north on Delaware, turn right onto Virginia Street. You’ll pass a variety of notable 19th century residences before turning left onto North Pearl Street. North Pearl is one of the finest examples of a Victorian residential street left in Buffalo. The shaded street offers passersby a charming ambience in which it is nearly possible to hear the clatter of carriage wheels in the alley behind. One of the main attractions of Buffalo’s annual Garden Walk, North Pearl residents clearly pride themselves on cultivating their modestly-sized urban gardens.

At Allen Street, go left to continue your walk down what was once a well-trod cow path belonging to farmer Lewis Allen and now is a hub for pubs, bars, art galleries and more.

After crossing Elmwood Avenue, you’ll pass the Allendale Theatre. Built in 1913, the theater was restored in 1999 and is now home to the Theatre of Youth, a critically acclaimed company that entertains thousands of parents and their children every year.

Moving west on Allen, turn right on College Street before turning left into the delightful Arlington Park. This charming Victorian-era square dates from 1866 and is surrounded by Italianate and Second Empire houses. Linger for a moment in the peace and quiet of this urban sanctuary, secluded from the bustle of the nearby streets.

Leaving the square from its northwest corner, go a half black north and turn left onto North Street. A few steps more and you have entered Frederick Law Olmsted’s Symphony Circle, so called due to the presence of Kleinhans Music Hall on the circle’s southwest corner. Symphony Circle is part of the visionary parks and parkways system designed by Olmsted and his partner Calvert Vaux for Buffalo in the second half of the 19th century. Walk along the left edge of the circle to get a better look at Kleinhans, a National Historic Landmark designed by the renowned father and son team of Eliel and Eero Saarinen from 1938-1940. This modernist masterpiece is home to the Buffalo Philharmonic Orchestra, the Buffalo Philharmonic Chorus and the Buffalo Chamber Music Society. For much of the year, the reflecting pool at the building’s eastern end offers one of the great urban vistas in Buffalo, creating a mirror for the towering and elegant First Presbyterian Church that lies across Pennsylvania Street. A great photo op, without a doubt.

Cross Porter Avenue and move around Symphony Circle’s northwest edge. Admire the lovely Birge Mansion on the opposite corner. Built in 1897 for George Birge, the founder of the Pierce-Arrow Motor Car Company, the Georgian style mansion was modeled on the lines of a villa Mr. Birge had seen on the Riviera. Two blocks north on Richmond Avenue, turn left on Summer Street into what is known as the “Cottage District,” a collection of quaint brick cottages dating from as early as the 1850s. “Little Summer” as it is sometimes called is another highlight of the Garden Walk Buffalo held every summer on the last weekend of July. Turn right on York Street and return to Richmond. Go left on Richmond, noting the presence across the street of the former home of Temple Beth El, a synagogue dating from 1910. One block north, turn right onto Bryant Street.

Continuing east on Bryant, cross Elmwood before turning right onto Oakland Place, a charming enclave of truly gracious and impressive homes representing a wide variety of architectural styles. This street is without a doubt one of Buffalo’s treasures, hidden in plain sight. A stroll down this leafy lane is a step back to a bygone America that prized craftsmanship, quality and solidity.

Turn left on Summer Street for one block before making another left onto Delaware Avenue and “Millionaire’s Row.” This section of Buffalo’s grand 19th century boulevard was once home to the city’s wealthy businessmen, merchants and entrepreneurs. The homes they constructed were symbols of the city’s rising fortunes and the status their owners had attained in the then burgeoning metropolis. Moving north along the avenue you’ll pass the Clement Mansion designed by Buffalo’s foremost architect, E.B. Green. Next door, stands the Knox Mansion, the work of the renowned C.P.H. Gilbert, best known for his work along Fifth Avenue in New York City. Directly across the street from these monuments to 19th century commerce stands the counterpoint of Temple Beth Zion, an uncompromising modernist statement built in the mid-1960s that’s highlighted by two enormous stained glass windows designed by Ben Shahn. Tours are available by appointment and include the Cofeld Judaic Museum.

Moving north on Delaware, stop to admire the grandeur of the Campanile, one of Buffalo’s finest apartment buildings, at the corner of Bryant Street. Dating from 1929, the building features Italian Renaissance Revival details.

Proceed south on Linwood before turning right on North Street. At Delaware Avenue turn left to return downtown. On your left you’ll pass the Theodore Roosevelt Inaugural National Historic Site. It was here that Teddy Roosevelt took the oath of office as the 26th President of the United States after the assassination of William McKinley at the Pan-American Exposition in 1901.

Between 471-499 Delaware Avenue stands the Midway, a group of row houses that, while common in many Eastern cities, are rare in Western New York.